With the decline of French democracy, let its principle shine through in Europe and the world. 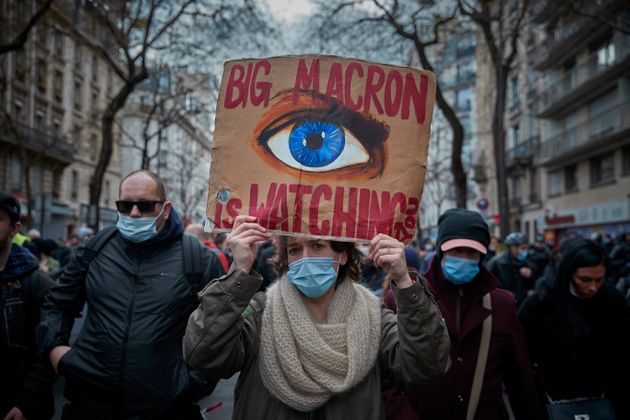 For several years now, democracy has appeared to be in danger, retreating all over the world, unable to fulfil promises of equality and freedom. Authoritarian, conservative or far-right governments are in charge in many countries, giving rise to numerous violations of fundamental rights and the repression of civil society actors. The recent defeat of Trump in the US does not mean the situation is to change.

In Brazil, Jair Bolsonaro is attempting to put NGOs and social movements under constant surveillance ; in India, Narendra Modi is cracking down on the farmers’ movement, calling it a terrorist movement ; through hate speeches and discriminatory law, he shows a clear intention to continue the repression of Christian and Muslim religious communities ; in Thailand, hundreds of young people have been imprisoned for taking part in pro-democracy demonstrations ; in Russia, Putin has taken to jail thousands of citizens demonstrating in support of Alexei Navalny ; the military putsch in Burma has opened fire on protesters…

Is France – a country that holds one of the oldest human rights traditions since its 1789 revolution - joining the camp of countries where democracy is undermined by the government itself ? Unfortunately, we are witnessing violent attacks on fundamental rights and a decline in democracy. The French Republic and its motto "liberty, equality and fraternity" are repeatedly under attack by those who should uphold and promote these principles : The President of the Republic, his government and a majority of French lawmakers.

Since 2015, a series of security laws have been enacted in France. They claim to respond to several harrowing attacks, including the 2015 attacks, the beheading of a teacher in the Paris region as well as the attack that took place at a church in Nice in 2020. While these laws are piling up without any evaluation of their effectiveness, their harmful effects on the rule of law or on Muslim people have been widely demonstrated. Successive French governments are stuck in a pattern where they systematically resort to the "state of emergency" to respond to the major issues of our time – a state of emergency has been established to deal with the Covid pandemic.

The French Parliament is currently debating two bills : the "global security" law and the law "reinforcing the respect of the principles of the Republic", also known as the "law against separatism". These bills represent an unprecedented attack on the pillars of the French Republic, threatening several fundamental rights. The Conseil d’Etat - the highest court of the administrative justice system - had warned : "The measures of the bill [against separatism] concern practically all the civil rights and freedoms constitutionally and conventionally guaranteed, including the most important ones : freedom of association, freedom of conscience and worship, freedom of assembly, expression, opinion, communication, freedom of the press, free administration of local authorities, freedom of education, freedom of marriage, freedom of enterprise, freedom of contract. The very essence of this law, whose proclaimed objective was to fight radical Islamism, quickly began to reveal an ideology promoting widespread suspicion and control. This law contains a formidable legal arsenal that can be used against any individual or legal entity that harms the interests of the State through their activities, their speech or their faith. Muslims, or those perceived to be so, as well as groups and activists defending their rights and freedoms, are particularly targeted. History shows that authoritarian powers have known how to use this type of law to further repress.

Beyond the obvious threat it represents to French democracy, the law against separatism and the global security law also risk jeopardizing freedom across the world. What kind of example do President Emmanuel Macron, his government and French parliamentarians wish to offer at a time when people in several countries are suffering from a global rollback of human rights, freedom and democracy ?

This bleak global situation has, nevertheless, the benefit of highlighting the key role of civil societies and social movements in fighting authoritarian and repressive powers. In France, many people have raised their voices against the authoritarian path that the French government is currently taking. Citizens’ movements and collectives, trade unions, judges and lawyers, academics and journalists are protesting and organizing in the streets and online, supported by hundreds of thousands of citizens.

In a globalised world, the need to transcend borders and bring international solidarity into play is no longer in question. If French civil society is struggling, the international community must act and support it by denouncing these attacks on human rights and freedoms. As attentive observers of French society, we are committed to upholding its founding principles. It is our duty to raise the alarm when the French rule of law is under attack. We urge President Macron and his government to withdraw the global security and anti-separatism laws so that the motto “liberty, equality and fraternity” can still hold meaning throughout Europe and the world.

This article was also published by The Huffington Post on March 26, 2021. You can find it here.